Shooting for the Moon

I feel like the happiest, most successful people are the ones who follow their passions whole heartedly. They creatively find ways to make money doing what they love. I want to be one of these people!

I have already gone through some of the “how to make $ doing what you love” phases.

Phase 1) I’m never going to find a way to make money doing what I really love.

Phase 2) What do I really love to do??? (Besides just running)

Phase 3) I love to run, help others, and be creative in the forms of writing/ blogging, drawing, and most recently making videos. Oh, and I REALLY, REALLY love exploring. Is there a way to make a job out of that?

So here I am now with literally tons of ideas on things to write about and places to explore while taking photographs and making videos. I know what I really want to do this summer. I want to go around exploring trails while sharing them with others through blogs, pictures, and videos. I want to be able to tell people the best places to camp (maybe aim this towards women who camp alone and want to feel safe), where the best coffee shop is, give people some history and the feel of different places, and where to find a shower. I would also love to interview some inspiring people along the way whether it’s a Colorado thru hiker or town local.

Is making myself a job like this at all possible? I know many people would tell me no. Heck, I’ve repeatedly told myself no. However, if I don’t go for what I really want, I will end up with a job I really don’t want. As the saying goes “Shoot for the moon. If you miss, at least you will end up among the stars.”

Here is to shooting for the moon.

Ultra Marathons are changing for the……ummmm???


For the most part, I really do think Ultra Marathons are changing for the better. However, there is a lot of talk on some of the negatives that have come with the growth of the sport from lotteries to ultras losing their original charm. To be honest though, there is only one real problem I have noticed. For some reason a select few runners (definitely not the majority) feel that it is acceptable to talk negatively about other runners in an unacceptable manner. This saddens me as when I first began this beautiful sport, I always heard that trail/ ultra runners are nice people. I really do believe that this is still true; some runners are just forgetting their manners. (I hope that doesn't sound lame but I’m really trying to make this as non-offensive as I can.)

This topic has been on my mind for quite awhile now but I finally felt the need to openly express my thoughts after a recent experience. Sage, my wonderful, good-natured boyfriend was running the Tarawera 100k. At one point he got a 20 minute lead over the 2nd place Timothy Olson. I was of course informed of this because I had my computer open to the irunfar live coverage all night. As I watched the comments come up on the live coverage, someone started suggesting that Sage was using drugs to enhance his performance! This person obviously has no idea who Sage is as a person, and I immediately felt hurt for Sage who gets upset whenever he hears about an athlete taking drugs. (I would like to thank the MANY people who immediately defended Sage.)

Now, I’m not saying I’m against drug tests. I have to face the facts that it one day may become necessary in ultras, BUT it is by no means okay that someone who doesn't know Sage suggests he, or any other elite runner, takes drugs. That job is specifically for the people in charge of the race or organizations like USATF.

Soon after the drug comment, a few people mentioned that they were disappointed in the coverage. It’s expensive to fly to New Zealand! We’re lucky someone was covering it at all. Unfortunately, Bryon isn't God (though us ultra runners are very thankful for him), and can’t be everywhere on the course at once. He even took a boat for us viewers to get to one of the far aid stations! That’s dedication.

Why must some runners always have to assume the worst in others or go into a post trying to find something negative? Would people still make the same comments if they had to show their faces? My examples above are just a couple of many where a select few people have to take a blow at the positive ultra-runner image.

After thinking about this topic alone, I wanted to talk about it with my twin sister Rachel, as she normally has some great insights. Here are her thoughts:

“It is possible that much of this negativity came about through social media. It doubled the number of people in the sport, including people who just got into it without a real "why" and those who have remained chosen to remain unaffected by the sports ability to allow for deeper thinking. So it is interesting as more research is reported on the health, happiness, and even intellectual benefits of spending time in nature for long periods of time that negative people are still involved in ultra running. On the other hand, I know some of the top ultra runners out there have simply used ultra running as another addiction or a way to cover up other feelings. Another theory would be that there were always negative people in the sport, they just increased as the sport did, and social media gave them the ability to type their negative comments without being known.”

(Told you she was insightful. She really brought up some great discussion topics.)

Some of the negative comments people are making are just ridiculous and hurtful. An elite woman ultra-runner won a 100 and wrote in her blog about the technical sections of the course. Someone commented that Krissy Moehl wouldn't have complained about the rocks (I’m sure Krissy wouldn't have appreciated this either). Why couldn't this person just congratulate her on her win? Is it that hard to appreciate the struggles of other people or that it’s very easy to trip over your own feet at the end of a 100, let alone rocks?

Then I read a comment about some of the elite ultra-runners no longer being authentic. They are giving up financial stability to live their dreams of running and exploring the mountains. They are following their hearts and passions. Who is anyone to say that isn't authentic?

I’m not asking everyone to agree with what people have to say, but everyone can at least try to put their words in a way that is less offensive. It is possible to state an opinion without bringing down someone else. Not trying to be mushy, but it’s important to consider other people’s feelings. We need to try to lift people up, not look for silly reasons to bring them down- unless someone is getting a little too cocky. Then maybe we can nicely tell them their legs will soon not be able to run fast under the weight of their head.


I realize some people may be thinking “toughen up” and sites like Letsrun.com seem to make it acceptable that road runners can be closely scrutinized.  We however, are ULTRA-RUNNERS! We stick together because we are banded together by our uphill struggles, and the fun we have together running through beautiful nature. I know life can make it easy to always first find the negative in people, but as ultra-runners, we know we get more out of doing the harder things in life, like always trying to find the positives in people.

Ultra-Runners are known for being great people. Let’s keep it that way.

Be kind, for everyone you meet is fighting a hard battle. ~Plato
Posted by Sandi Nypaver at 8:21 PM 22 comments:

Use code SANDIULTRA for 20% off your order. 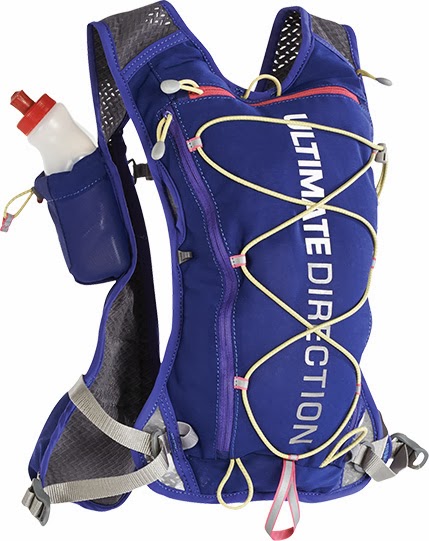 Click the pic to check out the latest Ultimate Direction products! 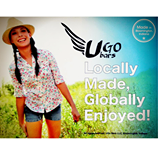 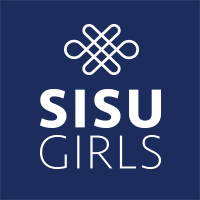